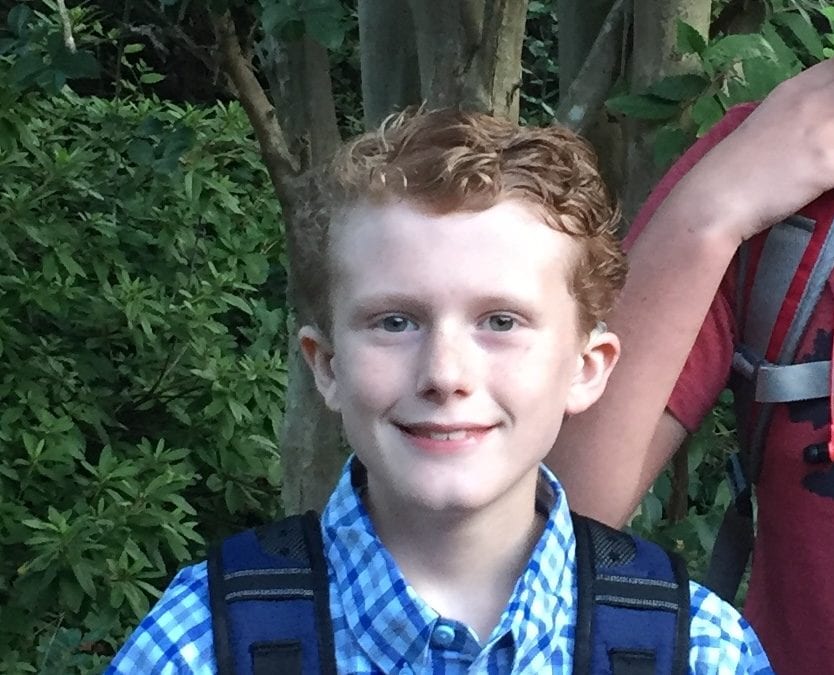 Ben was born on January 15, 2007. We knew soon after his birth that he had hearing loss because he failed his newborn screening. After a couple of months of follow up hearing tests and eventually an ABR, Ben was diagnosed with severe to profound sensorineural hearing loss on April 30, 2007. We would later learn through genetic testing that his hearing loss was due to two different mutations related to connexin 26.

At four months old, Ben began his journey to hearing. We decided as a family to pursue cochlear implantation and a spoken language route for Ben believing that access to sound and language would help to broaden his opportunities in a world reliant on spoken word. We also knew it would help him to better navigate relationships within a hearing family and social circle. Ben began speech therapy with hearing aids at five months old and was implanted in his right ear at 13 months. At three years old, he received his second implant in his left ear. Throughout this three year process Ben received Auditory Verbal Therapy (AVT) to assist him in “learning to listen” using his implants.

Ben began attending the Woolley Institute for Spoken-Language & Education at three years old where he received personal and individualized therapy from exceptionally trained speech therapists. The two years of therapy he received at the school optimized the AVT he had already received and, in my opinion, is the single factor that has contributed most to his current day success. Being immersed in spoken language and receiving AVT from certified therapists at WISE was one of the best decisions we could have ever made for Ben.

Today, Ben is a sixth grader. He receives minimal services through his IEP and uses a mini mic to assist him in his classes. He is in gifted education classes, plays soccer, is a member of the robotics team, loves to play video games and gets in trouble for talking too much in class! Ben is excelling in every way and we owe so much of his success to his experience at the Woolley Institute. We will forever be grateful to the dedicated professionals at the school and to all who have helped guide us through this process.