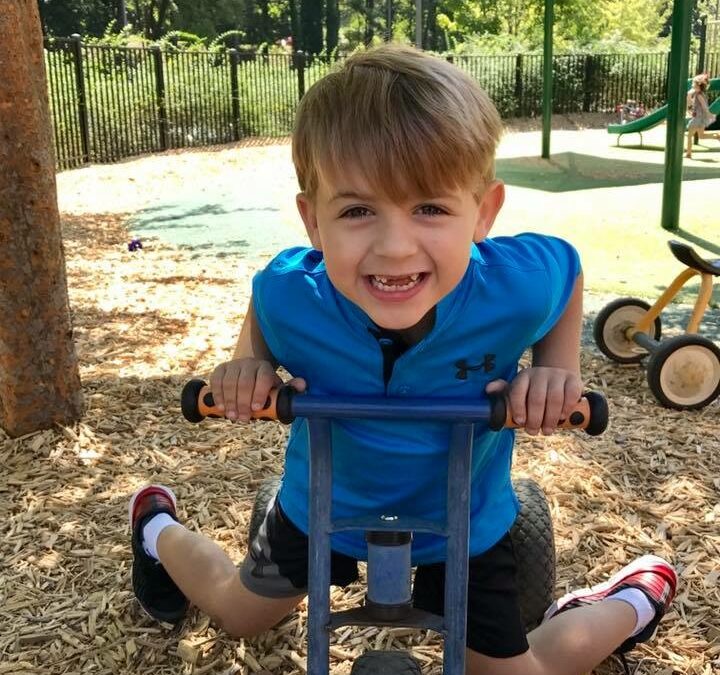 When the doctors told me Adrien was deaf, I was afraid he would never hear me say “I love you” and I was afraid he would never speak. Adrien lives with me and his Paw Paw and I was afraid we would not be able to learn sign language. I was afraid Adrien would not be able to live at home with us. When Dr. Woolley told us that Adrien could have a cochlear implant and learn to hear and speak, I was scared of the surgery, but knew I had to do it for him. Adrien was two years old when he got his implant. When Adrien was three years old he still didn’t have any words and I was worried. He started going to the Woolley Institute for Spoken-Language Education (WISE) which was known as the Alabama School for Hearing at that time. Adrien was very wild and only used gestures to communicate. I didn’t know how they would teach him, but they did!

After just a couple of months, Adrien started using words and I will never forget how happy I was. He wanted to learn so badly and once he started talking, he never stopped. I drove him from Pell City every day for three years. I was working full time at a daycare and I would go to work for an hour, then drive Adrien to Birmingham, drive back to work for a few hours, and then drive back to Birmingham to get him, and then back to work again. It was hard on me but I would do it again in a heartbeat… no matter how far it was, I would drive it! It was never a question of if we would do it, but just how we would do it!

Adrien is in a regular kindergarten class now and he communicates with everybody. He is playing basketball and wants to play all sports. He is just like every other kid at school except he wears a processor. We are so thankful to have the WISE teachers in our lives. Adrien has come a long, long way and we can never thank you enough. We will never let him forget you! You are our angels here on Earth.