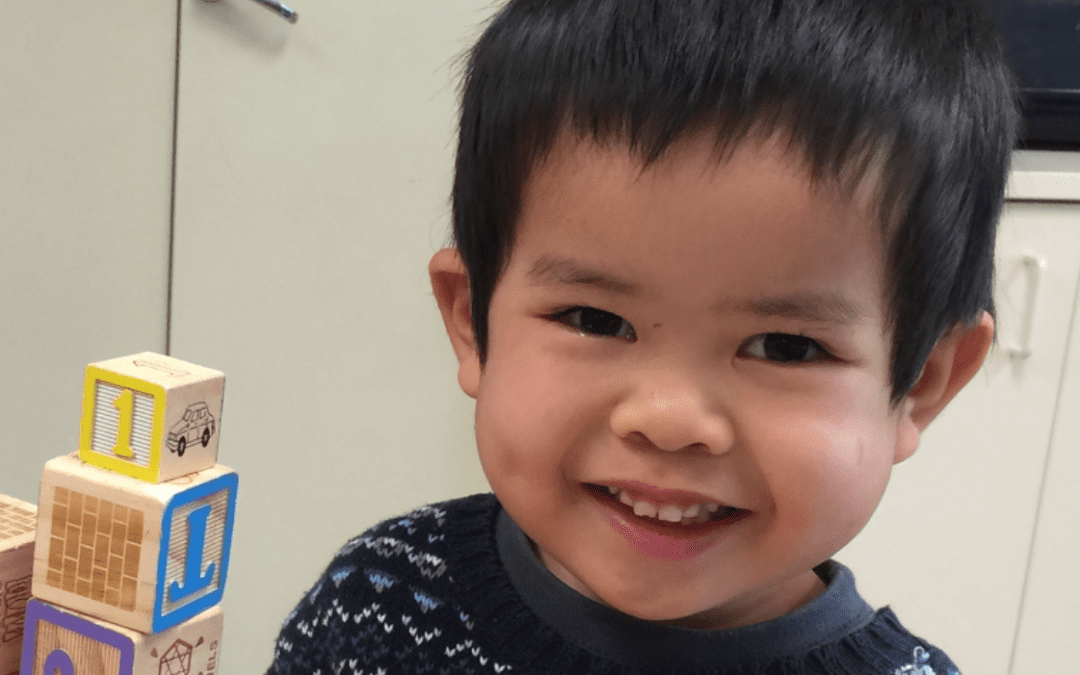 We did not find any problem with my little boy’s language until he was two years old when he could not talk in sentences. However, no diagnosis was made until he was 4 years old when he still could say only a few words. He had been in daycare for two years when the diagnosis was made. My son has severe hearing loss in his right ear and moderate hearing loss in the left ear. He even could not say the alphabetic letters correctly when I sent him to the Alabama School for Hearing which is now known as the Woolley Institute for Spoken-Language Education (WISE). Yes, he was already four at that time. I did not know if he could go to school.

Luke started learning on his first day at the Hearing School. I got a video from the teacher after I dropped Luke and sat down in my office. I watched such a simple and short video again and again with tears in my eyes and joy in my heart. I was amazed how good he was in mimicking his teachers with the hearing aids on. I knew I needed to do the same thing at home every day.

Every week, I sat down with my little boy and his teacher and watched the teacher train my son for one hour. I took notes which were my homework and I tried my best to make sure my boy could do well for his homework before my next therapy visit. I saw progress dramatically after one month of training. He even could say some sentences four months later. I saw hope and my little one could go to school one day!

After nine months of training at the School for Hearing, my son could communicate with me although he could not articulate himself well. The teachers in public schools even said he was qualified to go to Kindergarten. Of course, I wanted opinions from Hearing School. The teacher in Hearing School said he was not ready yet and he needed one more year in order to catch up with his peers. And he did and he entered Kindergarten after 2 years of training in WISE Hearing School.

My boy is doing great now. He is a 1st grade student currently. He is reading grade 2-3 books and he is able write short stories now with several sentences. My son is one of the three kids in his class to take advanced math. He likes to sing songs every day before he goes to bed to prepare for his music show. His piano teacher is amazed by his enthusiasm and performance – he likes to play music other than his assignment.

All of my son’s amazements wouldn’t be achieved without the training he received from Alabama Hearing School. He started there with baa-boo sound and graduated with kids songs. We are eternally grateful to the teachers with extraordinary skills and patience in training. Thanks to the enormous effort by all staff members. The school environment in Alabama Hearing School is so friendly, my son always misses his teachers and friends there while in elementary :). Our family felt really lucky that my son had such a great experience there during such a difficult period.